At 22 years old, Phillip Anderson was working two jobs, one at a tattoo shop and the other in a restaurant. While in the kitchen at work, he slipped and fell. He immediately had pain in his back and down his legs. In the ER, he was told that the disc at the lumbosacral joint (L5-SI) was bulging.

His initial course of treatment was steroid injections and physical therapy. Unfortunately, his pain continued to worsen. He was prescribed pain medication by his physician and would need to take “a handful of pills” to make it through a day at work. He was completely taken out of work and scheduled for a laminectomy, a surgery to relieve pressure on the disc.

After the surgery, the pain got worse. What was left of his disc was deteriorating. Phillip went back to injections and heavier doses of opioids. This continued for two years.

“I was taking ungodly amounts of medication, to the point that my kidneys started to shut down from the acetaminophen in the Percocet,” said Phillip.

He next tried a fusion surgery that was also unsuccessful. His life began to revolve around monthly appointments to get more opioids.

“The drugs started to affect my mind. I couldn’t remember things that happened the day before. I wasn’t able to feel emotions at all. The pills caused me to lose everything,” he said.

Phillip has two young children and he was running out of options. He felt he had no other choice but to take more medication. He did what he had to do to be able to take care of his children, not realizing that he was ruining every relationship in his life.

“The pain is so bad you would sell your soul to the devil to make it stop. I didn’t realize at the time the effects the pills were having on me. But my doctor was giving to me. I figured he knows best so I just kept taking them.”

Two years ago, Phillip tried yet another option. He had a spinal cord stimulator surgically inserted which took away about 50% of his leg pain. That helped a bit, but he still had excruciating back pain. He kept looking for that magic pill or surgery that would fix it, but nothing was working.

After eight years of suffering, Phillip asked his physician if there were any other options. He was willing to try anything. His physician then suggested the Brooks Pain Rehabilitation Program.

Before entering into the intensive day treatment program, patients must undergo complete medical examinations, along with evaluations by psychologists and physical therapists. Phillip met with Dr. Virgil Wittmer, Executive Director and Dr. Weiss, Medical Director of the program. Together, they came up with a plan to gradually reduce Phillip’s opioid usage. They explained that although helpful initially, chronic use of opiate medications can lead to undesirable side effects in memory, thinking, mood and increased pain — called opioid-induced hyperalgesia. This is a condition where opiate medications actually increase sensitivity and pain perception.

“That was the scariest part. To hear someone wants to take away my meds when it’s the only thing that has kept me going was hard. And then they want you to participate in physical therapy, flexibility and circuit training. Doctors tell you if it hurts not to do it. Well, when everything hurts, you don’t do anything. I was skeptical but decided to give it a chance because I had nothing else to lose. It’s not a surgery so if it doesn’t work, there’s no harm done,” Phillip said.

Phillip attended the program five days a week, participating in individual and group therapies along with education and training. By the third week in the program, Phillip was opioid-free and realized the medications hadn’t actually been helping him. 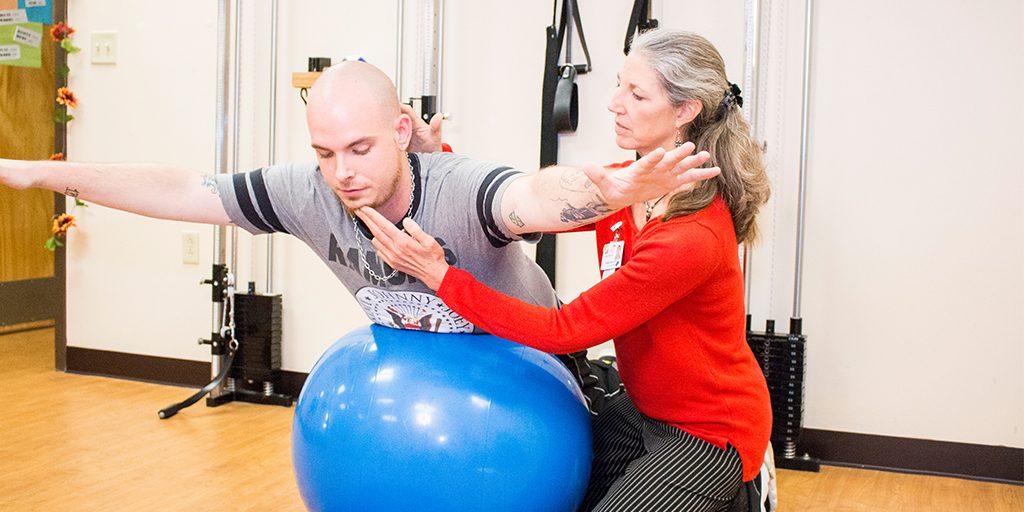 When asked about the best part of the program, Phillip said “having everything together in one place. I had my physician, rehab psychologist, physical therapist, case manager and biofeedback therapist under one roof. They were able to talk to each other immediately about my care and continue what I was working on in one session at my next session. That makes a huge difference. People really care here, both the staff and the other members. It’s like a community of people to help each other.”

Phillip has accepted the fact that his pain may never completely go away, but he has already had a 50% reduction in pain and doesn’t need to take his medication. He was taught techniques to manage the pain instead of letting it control him.

“My Pain Rehabilitation team has given me the foundation and it’s my job to continue building on that. I know I can call them at any time and they will help me.”

Phillip hasn’t worked for seven years and doesn’t think his back will allow him to return to the jobs he had at the time of the accident. His plan is to go back to school for graphic design, which he can use to continue working in his previous fields. “My pain meds were holding me back the whole time. I feel like I’ve been on an island isolated for eight years. It’s scary to go back out there, but I finally know I can.”