Drew Finkbeiner cut his leg while delivering a package for KBS, a FedEx affiliate. He passed out from the blood flowing down his leg. If he had fallen to the right into his delivery truck he would have been fine. Instead he fell left, out of the truck, and broke five vertebrae in his neck causing incomplete tetraplegia. 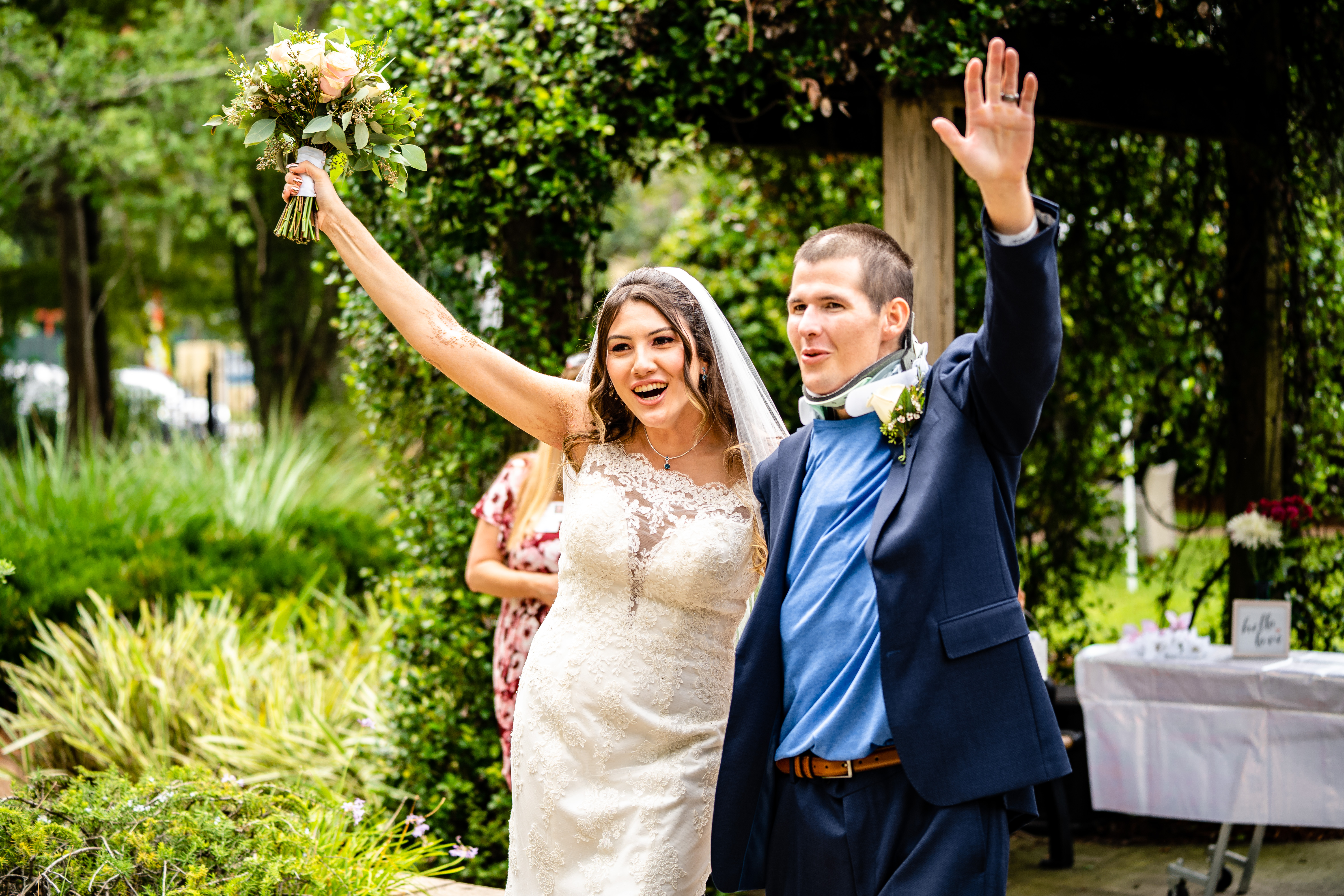 He and his fiancé Thalia were supposed to be getting married the weekend after he arrived at Brooks Rehabilitation Hospital – University Campus. Instead, Drew was trying to stand and use his arms for simple tasks like eating and brushing his teeth. As he improved, the couple grew impatient and decided they didn’t want to wait any longer to be married. They asked if they could hold a small ceremony at Brooks instead.

Drew’s therapy shifted from walking and brushing his teeth to dancing and putting a ring on Thalia’s finger. 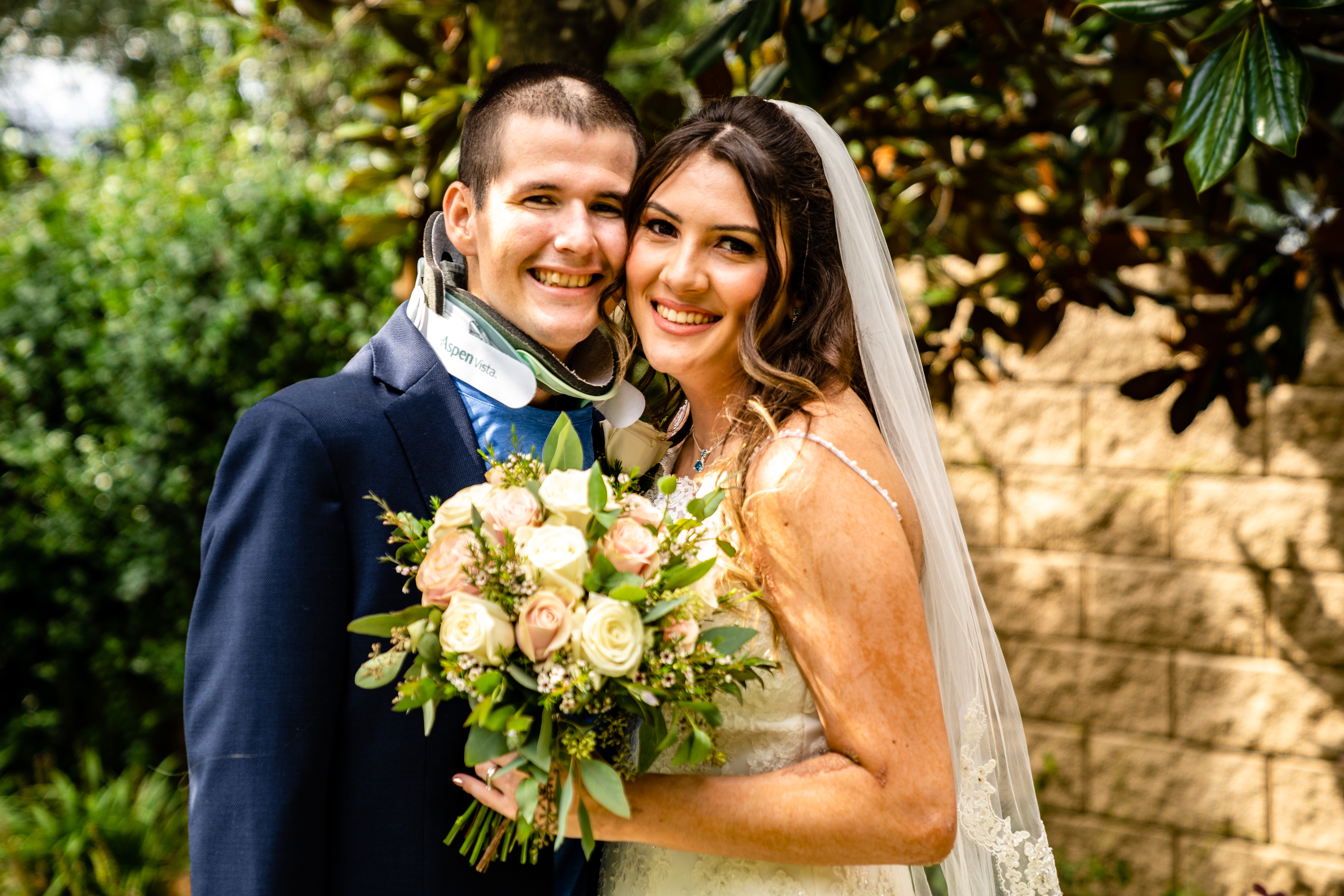 When the magical day arrived, Leny Pascicolan, their nurse manager, filled in as flower girl and Emily Andrews, Drew’s PT, served as best “man.” Drew’s mom was in attendance while remaining family watched over Facebook Live as Drew stood and read his vows to Thalia. They walked down the aisle as husband and wife before sharing their first dance.

“I got here day one not being able to do much but leaving here on day 30 walking, moving my hands, they will be a big part of my family,” said Drew.