Aden Williams: Recovery from a Cryptogenic Stroke at 17 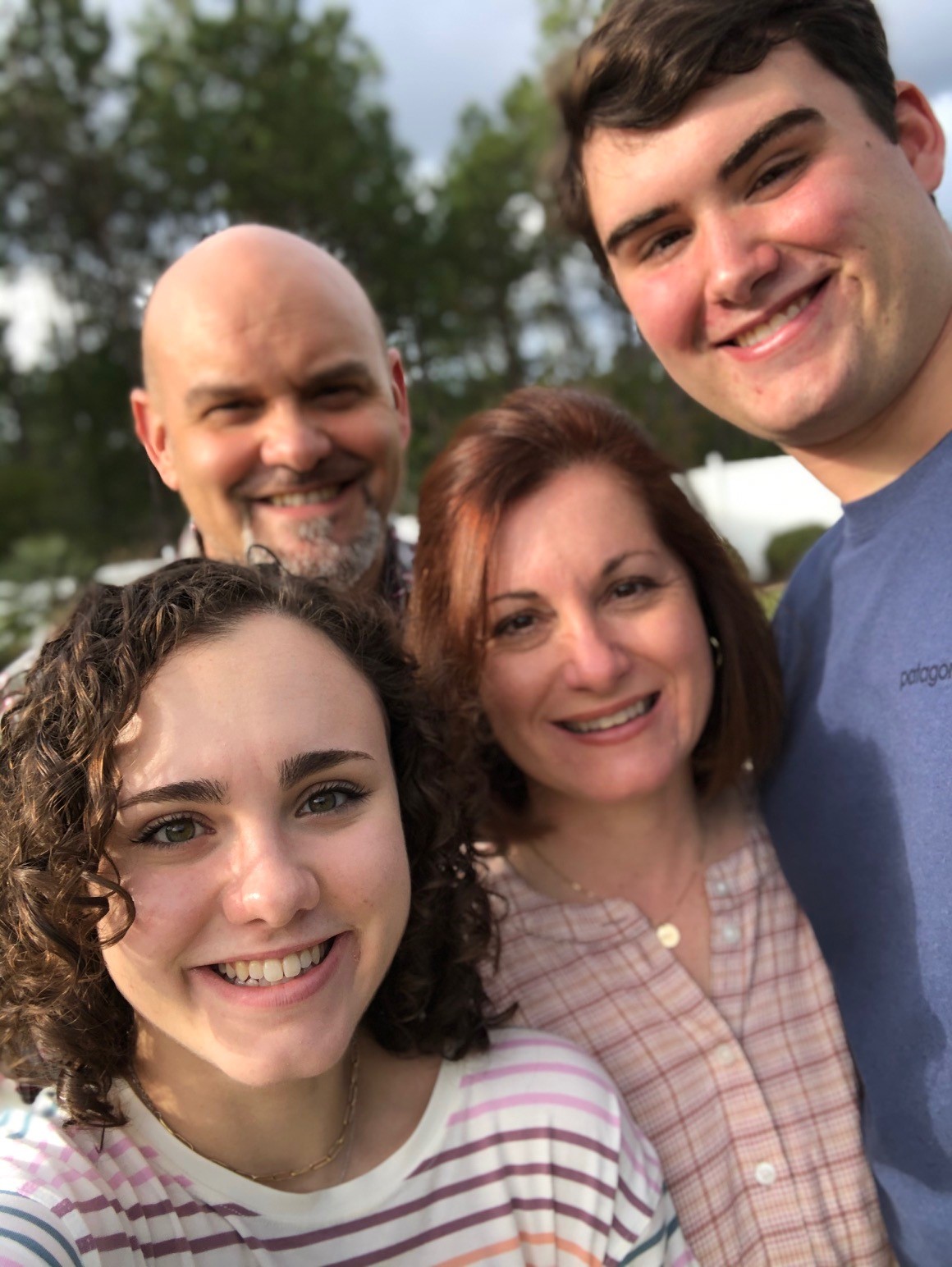 Aden Williams was about to begin his senior year of high school when the unthinkable happened. During summer football warm-ups, Aden suddenly lost control of the right side of his body. He was confused and started slurring his speech. Luckily, his coaches recognized he was having a stroke and got him immediate assistance.

Paramedics rushed him to the nearest trauma hospital, which was 50 miles away from his home in Claxton, GA. Less than two hours from the onset of symptoms, Aden was in a trauma center receiving clot busting drugs. While they weren’t sure of the exact cause, it was clear Aden was going to need rehabilitation after the cryptogenic stroke. His parents, Bronwyn and Philip, were presented with three options – one in Atlanta, one in Savannah and Brooks Rehabilitation in Jacksonville, Fla. They chose Brooks even though it was the farthest from home. It felt like the right place for him. Visitation was limited during the COVID-19 pandemic; however, Aden was able to have his dad by his side. 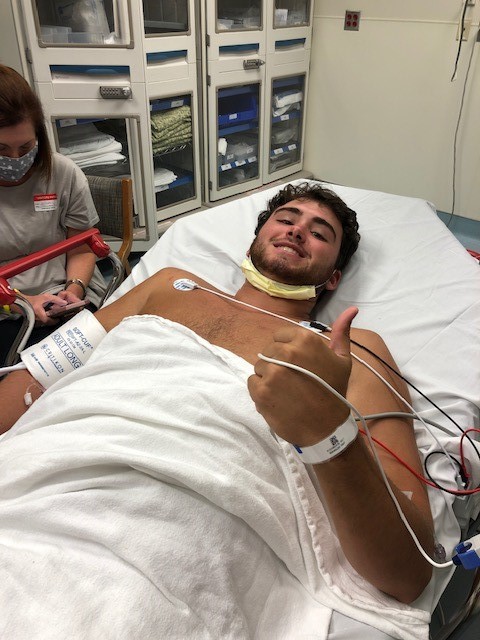 In addition to the physical challenges on his right side, Aden needed to work on some cognitive issues and aphasia, a language disorder that can occur after a stroke or brain injury. As an enthusiastic learner, Aden wanted to understand everything he could about his recovery process. He was considering a degree in the medical field or engineering when he graduated and was excited to meet young therapists from colleges he was interested in attending. His therapists answered questions about both his therapy and his potential career choices. Aden’s therapy incorporated various technologies he enjoyed, from something as simple as playing video games to robotic Cyberdyne HAL technology, which was used to regain leg strength and walking, as well as to challenge his cardiovascular strength and endurance.

“Aden was part of the entire experience. He was interacting with his therapists and they would explain what they were doing and how it would help him. He felt like he was part of it all. And he saw progress each day, which made him excited to see what they would do tomorrow,” said Philip Williams.

Cassandra List, MD, oversaw Aden’s rehabilitation. “Aden was a hard worker from day one at Brooks. Being as strong of a student as he was an athlete, we knew we really had to challenge him both physically and mentally to get him as far as he could go. Aden always had a smile on his face. He wasn’t focused on what had happened. Instead, he was focused on making the most of his recovery and giving each and every day his all,” said Dr. List. 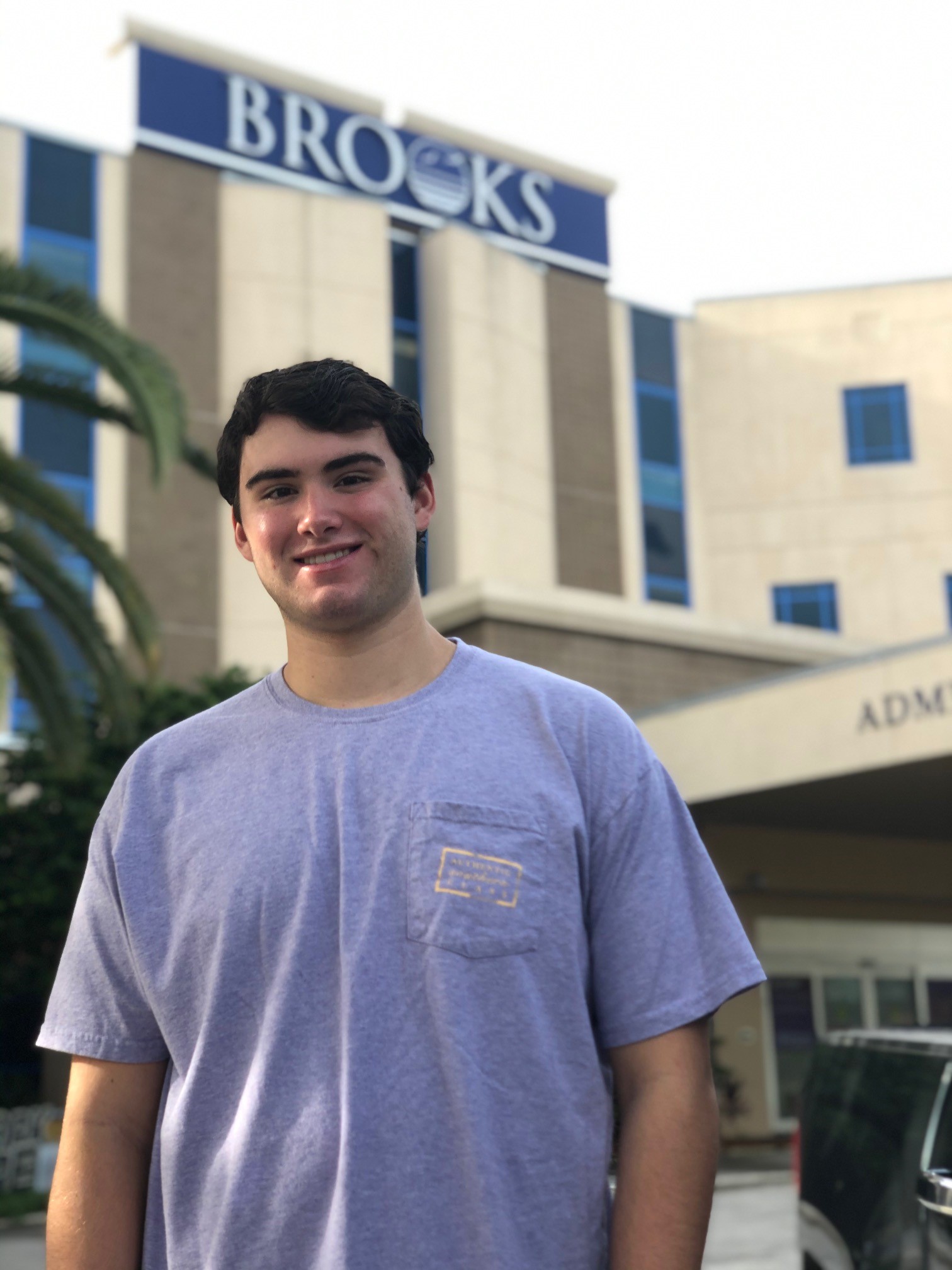 The family wasn’t sure what his athletic future would hold, but Deborah Davis, Brooks’ School Re-entry Program Coordinator, helped keep him on track educationally. Aden was an honors student taking many advanced placement courses. Ms. Davis worked closely with Aden’s school to ensure needed accommodations were in place for his return.

“During my initial meeting with Aden and his family, Aden made it very clear that he wanted to return to school as soon as possible. To this end, while Aden worked tirelessly on his recovery, I worked on planning a safe and successful transition back to school. Over the next two weeks, with input from Aden, his family, his school and our medical team, an individualized school transition plan was developed,” said Davis.

Sarah Lahey, PhD, a board-certified neuropsychologist, did education specific testing and evaluated his cognitive skills. She helped prepare the family by setting realistic expectations when he was able to return home and to school.

Although Aden made remarkable progress in his three weeks at Brooks, he knew he’d still have challenges he’d have to overcome once he was back home. He continued outpatient therapy in Savannah, as it was the closest location to home with a neuro-certified physical therapist. With his school transition plan in place, Aden was able to return to school for half days a week after discharge. He tired easily and worked through headaches but was able to transition to full- time by October. “I remained in contact with Aden’s family and his school to monitor his transition and to provide additional recommendations. He has a very bright future ahead of him and I could not be prouder of all he’s been able to accomplish,” said Davis. 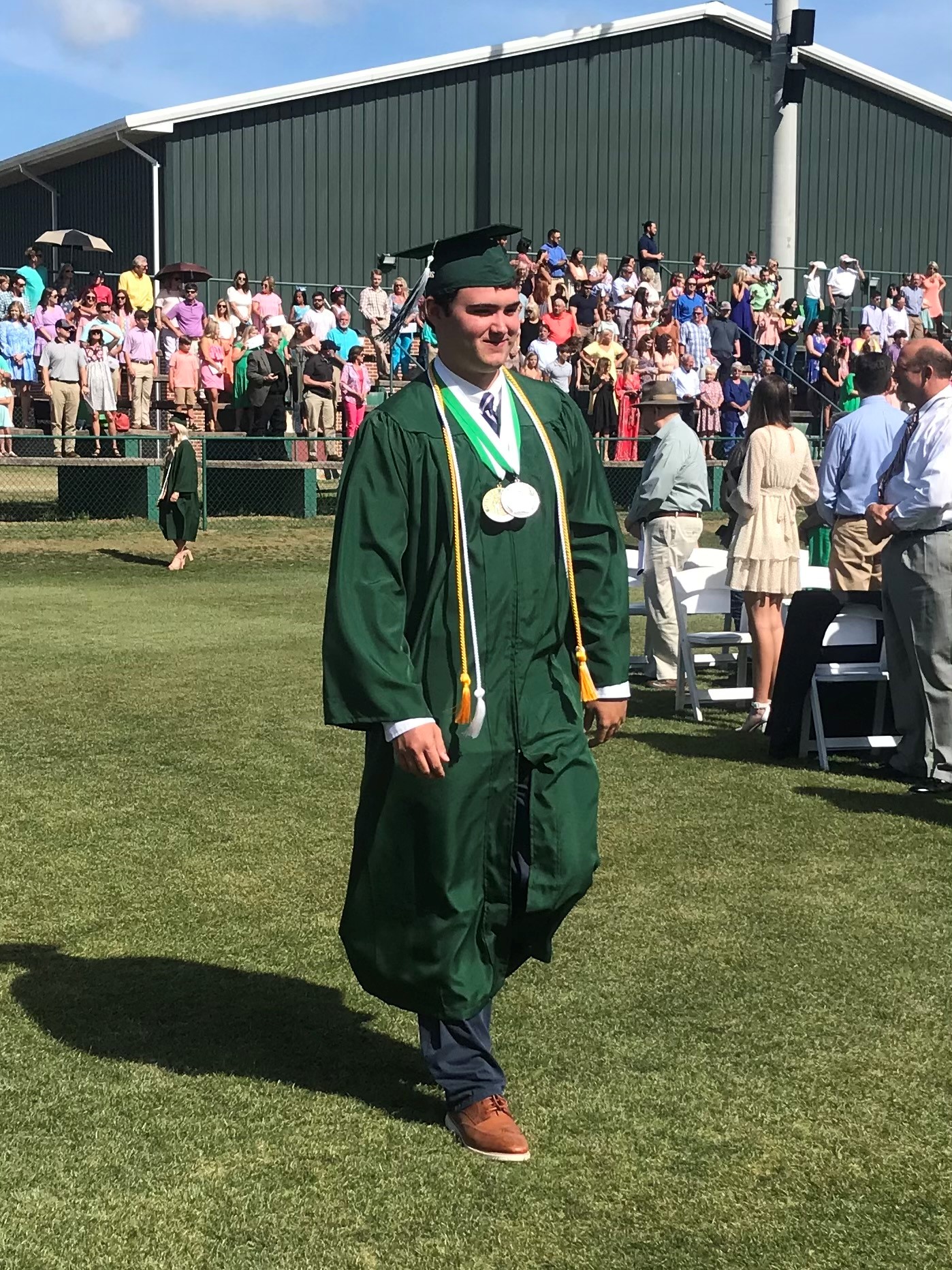 Aden never allowed himself to be limited from most activity and was able to enjoy life as a high school senior, attending events like prom and Senior Night. While he continues to work on fine-tuning his skills, he competed in a few track meets, played pick-up basketball with friends and spent time working out at the gym.

Almost a year after the stroke, Aden graduated high school as the class salutatorian and will be heading to the University of Georgia in the fall. He is considering a career as a physical therapist and is looking forward to studying exercise science or kinesiology on his path to PT school. His experience with the stroke and recovery, as well as orthopedic recoveries earlier in life, have him convinced this is his future.