As Black History Month comes to a close, this news post shares the perspective of one of our Brooks Rehabilitation employees, Renard Peeples, MBA, DBA.

A Viewpoint on Black History Month 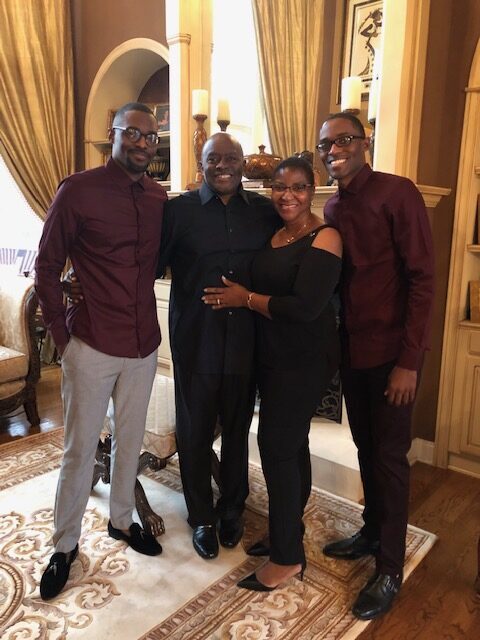 Renard Peeples, MBA, DBA, is the Education Coordinator for the Brooks Rehabilitation Institute of Higher Learning (IHL). At age 64, Dr. Peeples relates that, growing up in South-Central Florida, Black history celebrations – and later Black History Month – weren’t important to him, because it wasn’t made important by others in the larger society. Outside of February, African Americans and their contributions were not part of the educational canon – you didn’t read about them in textbooks. The day-to-day contributions, or just the inherent contributions made because one is part of the society, were not recognized.

For Dr. Peeples, Black History Month only became an occasion later in his life because it was framed that way – highlighting a fragment of the contributions by African Americans, usually limited to Martin Luther King Jr. and a few others. And those contributions are often set aside until the next February. So, what happens between March 1 and January 31? Not a whole lot, in his opinion. This dissonance between Black History Month and the experiences of Dr. Peeples continued throughout his life – and continues now.

“One of many experiences of growing up in a segregated south that I remember was going to a family practice doctor in our neighboring town and having to wait in the ‘colored’ waiting room,” said Dr. Peeples. “It said ‘colored’ on the door sign. Early experiences like that and others later in life frame how I view Black History Month. Growing up in what was viewed by others as a subservient culture or being treated as subservient, I wasn’t pushed to ask those questions about Black contributions, or to understand the importance of those contributions either.”

Dr. Peeples talks about being called a racial slur thousands of times while growing up. He never saw a Black doctor until he was in the Navy – “I didn’t know they existed.” Today, when people ask him about racism, he says, “Well, there’s a difference in racism now and in the 60s. Then it was overt, now it’s more covert. The foundations and beliefs were and are rooted in the same vitriolic perceptions about Black Americans that lay as the foundation for treating people of color different. That’s the difference.” 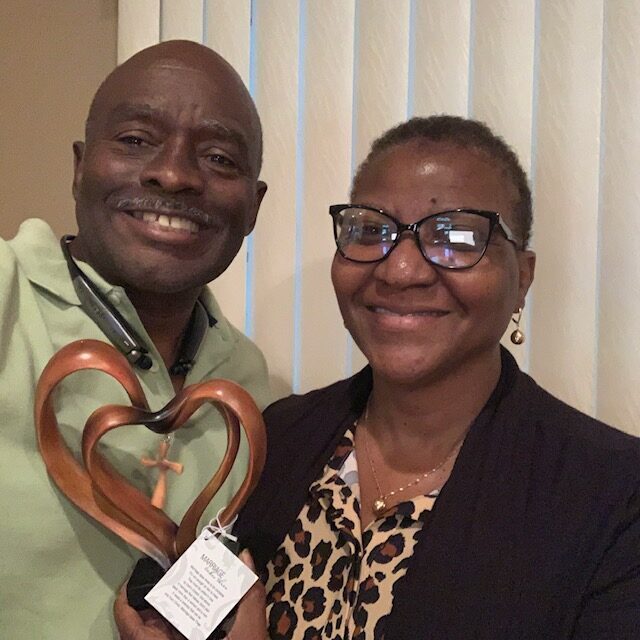 Dr. Peeples recounted a story that demonstrates to him that things aren’t quiet as different as they may appear to those who are not directly impacted or those believing in a fairness that doesn’t exist. His wife has been an elementary educator and teacher mentor for 35 years. He shared a classroom encounter she had with a parent. “My wife would assign students papers or projects to highlight various cultures each month throughout the school year. When it came to Black History Month, a particular student, who had participated and done well on all the other monthly project assignments, refused to do a Black History Month project because his dad refused him to do it. So, rightfully so, and in her honest way, my wife gave him a failing grade for that project. The parent then called a teacher conference with the principal and threatened ‘further actions’ if she didn’t rescind that failing grade. The parent didn’t think Black History Month was important enough for his son to have to do a project. But for all the other cultures, it was okay. My wife refused to rescind the grade and prepared for any actions. ” 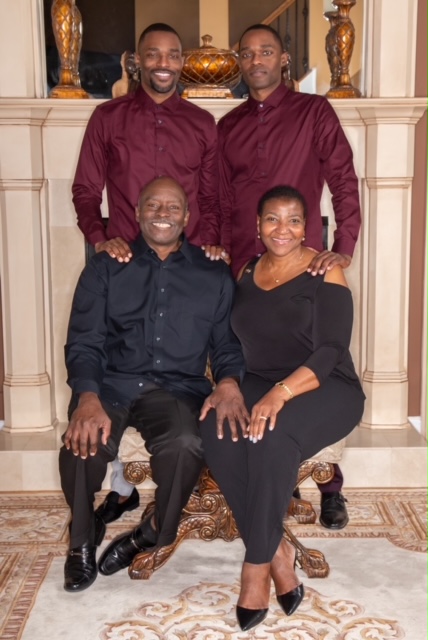 “I have twin boys who are adults now,” said Dr. Peeples. “If you haven’t lived the experience, like we have, imagine not only telling them about Black History Month or about being proud to be African American, but then also having the talk with them. Those who have not lived on the receiving end of injustice would equate the talk similar to that of sex education. Those of us who live with injustice because of our race have another important talk. The talk is about staying alive in a country of endless opportunity and endless barriers; in a country of laws which aren’t equally applied especially to those who murder boys like mine; in a country where character isn’t the foundation by which you will be judged but by your skin color or outward appearance. The talk, although universal, goes something like this, ’When you are with your white friends, you can’t behave like them. While driving, if you are stopped by the police, be sure that your hands are visible at 10 and two on the steering wheel. Don’t make any certain movements; don’t reach for your registration. Say, yes sir, no sir, yes ma’am or no ma’am.’” He continued, “When you are not driving and stopped by police, keep your hands visible, don’t make any sudden movements, be polite, and don’t attempt to justify what you are doing or where you are going as it will be perceived as combative and noncompliant. I would rather you be tried by 12 than carried by six.”

An incident from last year shows how a lack of understanding in Black history can exist at top companies. The CEO of a Fortune 500 Company had to apologize for saying – on two separate occasions – that the company’s failure to meet its diversity goals resulted from a ’very limited pool of black talent.’ Dr. Peeples said, “I don’t often post on social media, but I did in answer to this – that someone at that level could make such an absurd and stupid statement. If you want Black talent – and a lot of it – you can look to historically Black colleges and universities (HBCUs), schools that have graduated the majority of America’s generals, judges, doctors and financiers. But because there’s a lack of Black history, he either didn’t know or he didn’t want to know, both are equally negligent. Maybe educating himself in Black history would have taught him that HBCUs in the United States represent less than 3% of colleges & universities; enroll 12% of all African American students, produce 23% of all African American graduates, confer 40% of all STEM degrees, 60% of all engineering degrees are earned by African American students, educate 50% of African American teachers and 40% of African American health professionals, 70 percent of African American dentists and physicians earned degrees at HBCUs.”

In May of last year, George Floyd, a 46-year-old Black man, was under arrest, handcuffed and positioned face down after allegedly passing a fake $20 bill. A white police officer knelt on Floyd’s neck for 8 minutes and 46 seconds, killing him. The viral video shocked the country. It was even referred to in President Biden’s proclamation for this year’s Black History Month: A knee to the neck of justice opened the eyes of millions of Americans and launched a summer of protest and stirred the Nation’s conscience.

“It hurt me, and it angered me to my bones,” said Dr. Peeples. “But the hurt and anger was no more than it was at any point in the past. Hurt and anger are the same regardless of when it is inflicted. Is there a difference in the hurt and anger from a lynching in the 1960s and the killing of George Floyd in 2020? No, death is permanent and those who perpetrated the wrong are not held accountable. The only difference between what happened to George Floyd, Breonna Taylor, and others who have been killed by those paid to protect us, is social media. That’s the only difference. It sparked an awakening in America that, yeah, something is wrong. And the minority community said, ‘We’ve been telling you this for years and no one has been listening or believing us.’ “

He continued by stating that social media has allowed others to really pull back the curtain and see a reality to Black life that’s still more pervasive than the majority could have ever thought. And it gives – it forces – the opportunity to have painful conversations about race and justice not “Just Us.”

“Democracy is an experiment – a great experiment. It’s one that should be shared all over the world, and that’s why we try and promote it, because I think it is the best that can be offered. But I believe in my heart of hearts that we will never get to realize this experiment until we have those painful conversations and those conversations lead to lasting changes.”